It's come to our attention that Anti-Virus software products that use the BitDefender AV engine are incorrectly blocking 'Macrium Rescue Media Builder' (RMBuilder.exe) and preventing creation of the Windows PE/RE rescue media.

During Rescue Media creation, BitDefender will block 'pescreenshots.exe' and also prevent other files from being copied to the mounted Windows Image (WIM) file.

There may be a reported successful build that results in an incomplete WIM.  Unfortunately, this may boot to a black screen, a command prompt or you may be repeatedly asked to select a keyboard.

Alternatively, the build may fail with the following:

You may see this

You may also see this message box:

BitDefender will eventually update its database, but until then it's necessary to add exclusions, reboot and force a rebuild.

Open BitDefender, click the cog, select Exclusions from the dropdown: 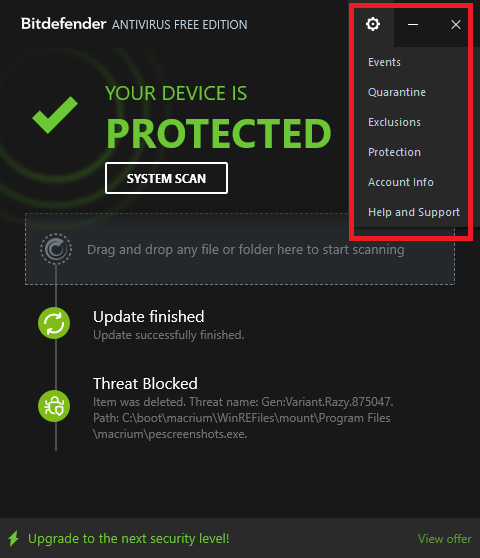 After adding the files and folder:

When done reboot your PC. 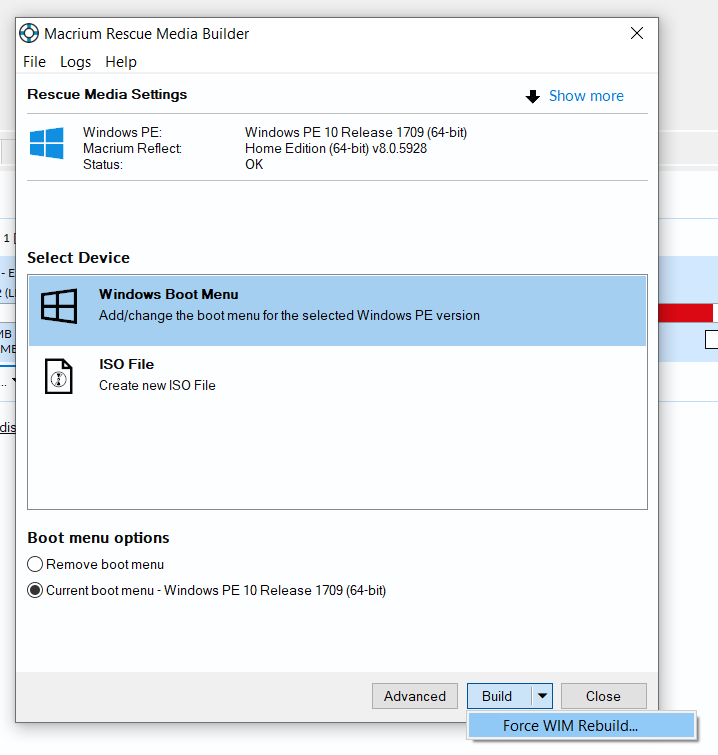