We've integrated our own scheduler into Macrium Service to replace the default Windows Task Scheduler (WTS).  WTS has been the only method for scheduling Macrium Reflect backups for many years, but unfortunately it's been plagued with reliability problems surrounding Daylight Savings Time (DST) changes and no longer provides the quality of operation required by Macrium Reflect.

The scheduler we've integrated is a direct replacement and there are no changes to functionality so the transition will be seamless. It's the same scheduling engine used by Macrium Site Manager which has been in production for many years, so you can be rest assured that scheduling is reliable.

When you first start Macrium Reflect after upgrading from v7.2 or earlier, if you have existing WTS schedules, then you'll see the following dialog when Macrium Reflect starts: 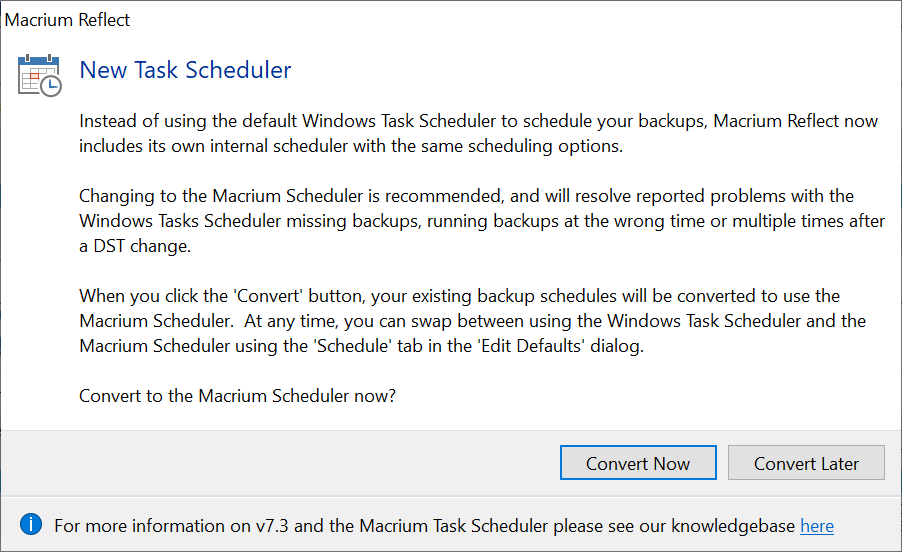 Note: If there is currently a scheduled backup running when you first start Reflect after upgrading then this dialog will not be displayed until the next time Reflect is started and no backups are running.

Although we recommend that you convert your scheduled backups, the Windows Tasks Scheduler (WTS) is still fully supported. At any time you can switch between WTS and MTS by taking the 'Other Tasks' > 'Edit Defaults' > 'Schedule' menu option: 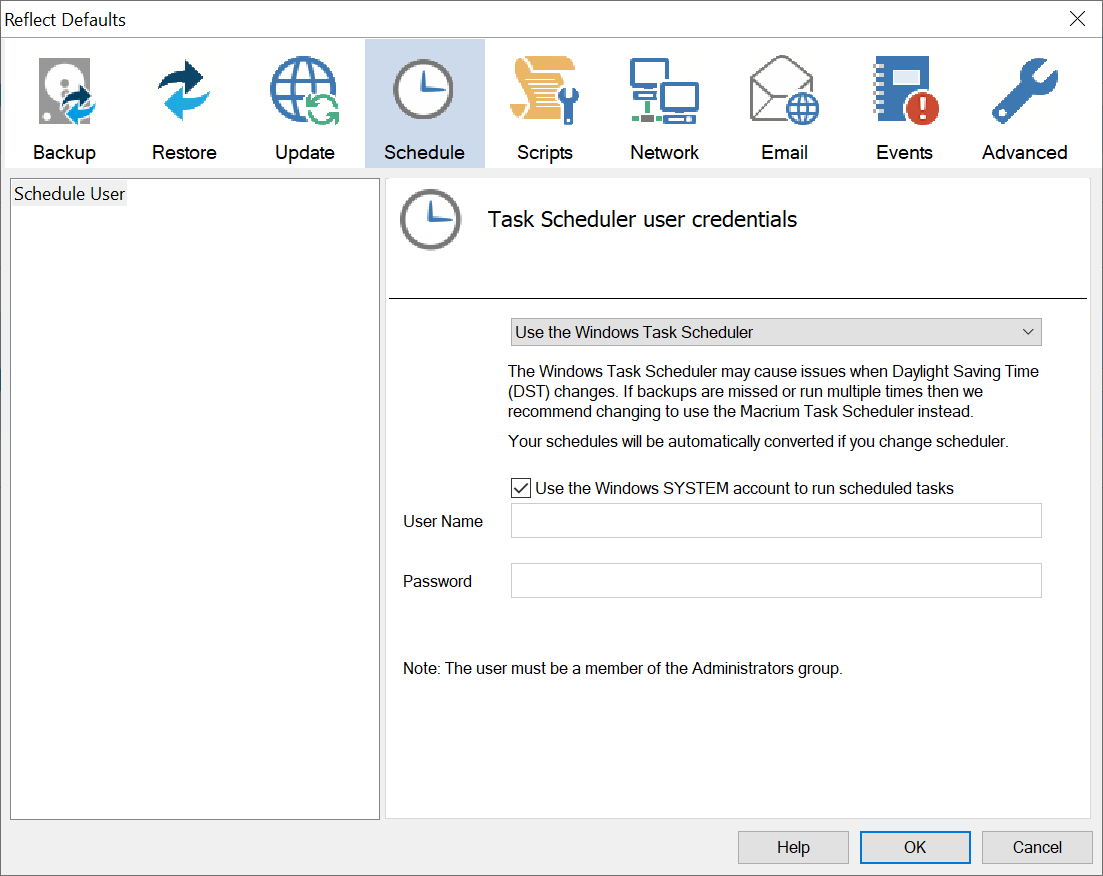 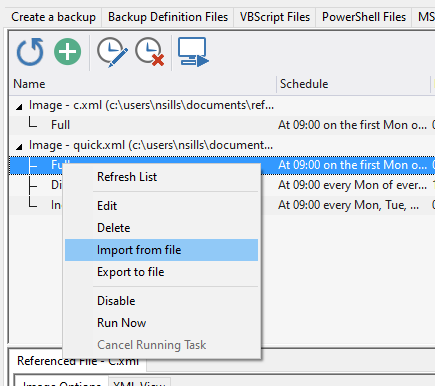 A new 'Volumes' tab has been added to the MIG Settings dialog. 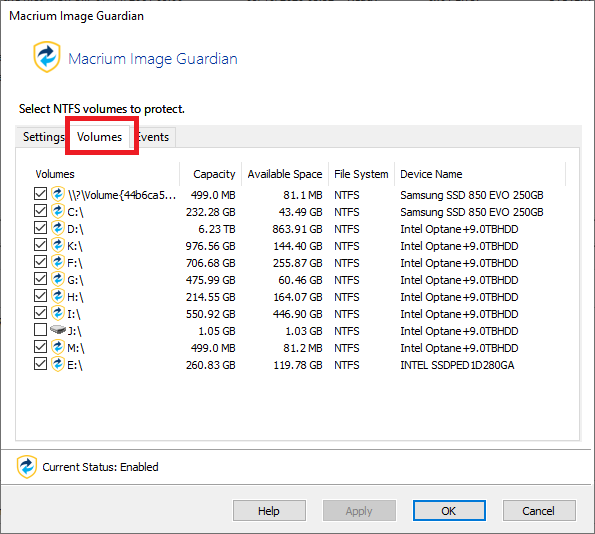 MIG can be enabled and disabled per volume by toggling the check boxes. This can be useful when accessing the settings when Reflect isn't running, such as responding to a popup notification from MIG.