Because BitLocker file systems are unencrypted in Macrium Images you may want to consider using the built-in AES encryption provided with Macrium Reflect for your image files.

For images created after Macrium Reflect v7.1.2722 the restore outcome is indicated in the Restore Wizard with an Icon shown on the target disk after copying partitions or using Drag and Drop

Note: If the image was created with v7.1.2722 or earlier the source partition will not show a BitLocker icon. 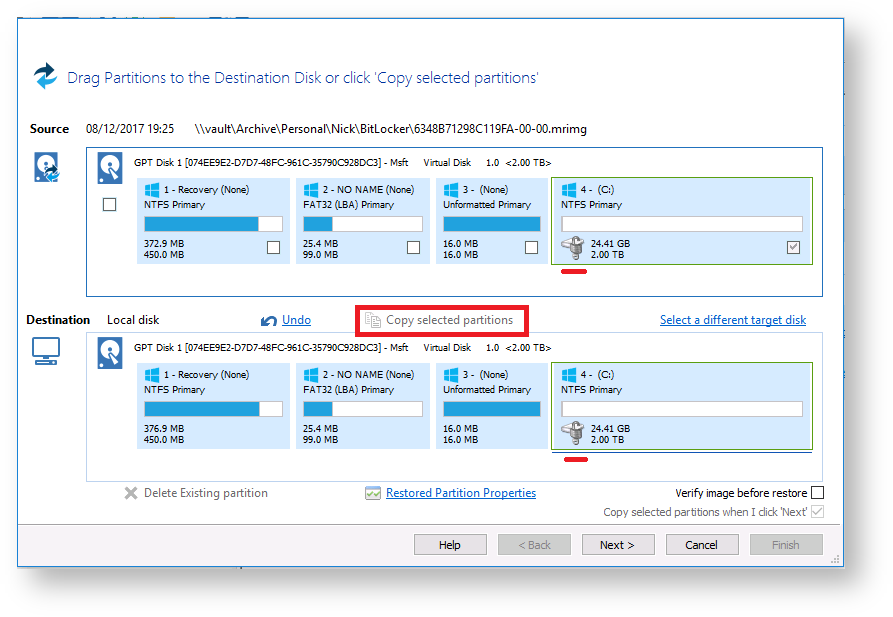 An image of a locked BitLocker encrypted volume will be approximately the same size as the entire imaged file system. The file system cannot be read so unused space cannot be omitted and encrypted data does not readily compress. 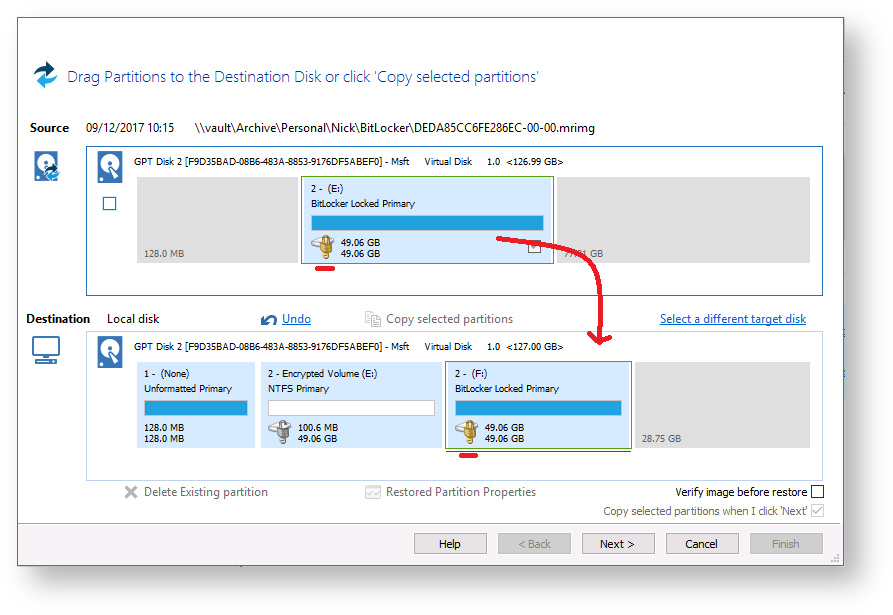 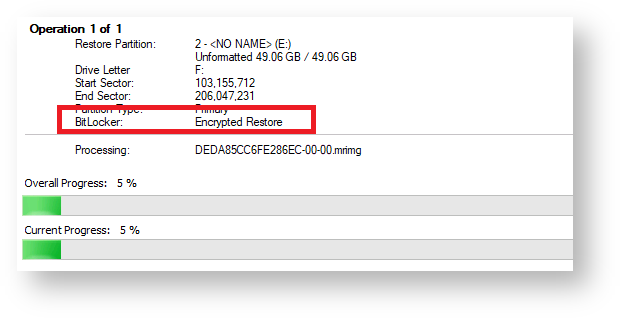 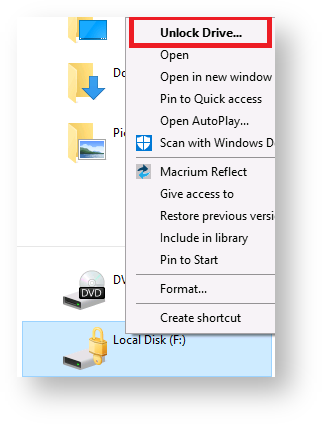 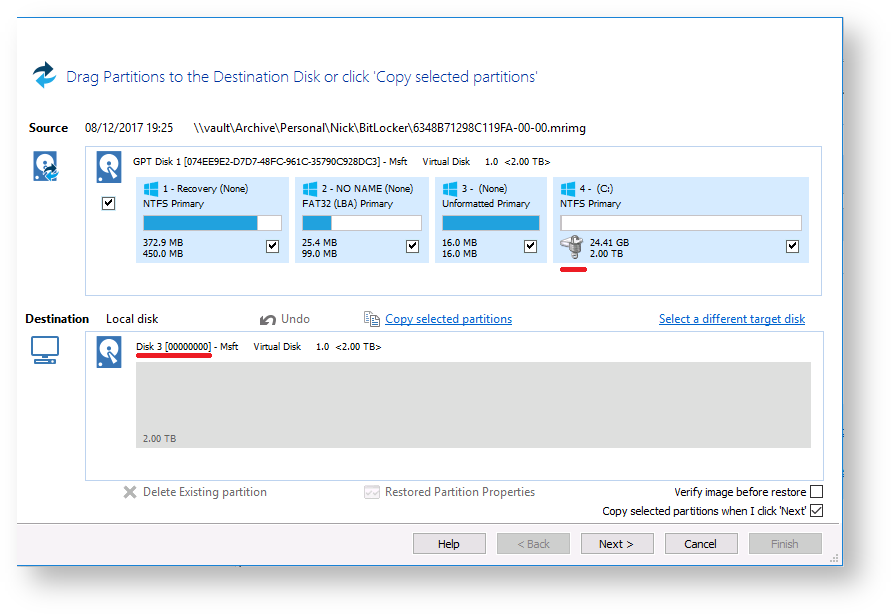 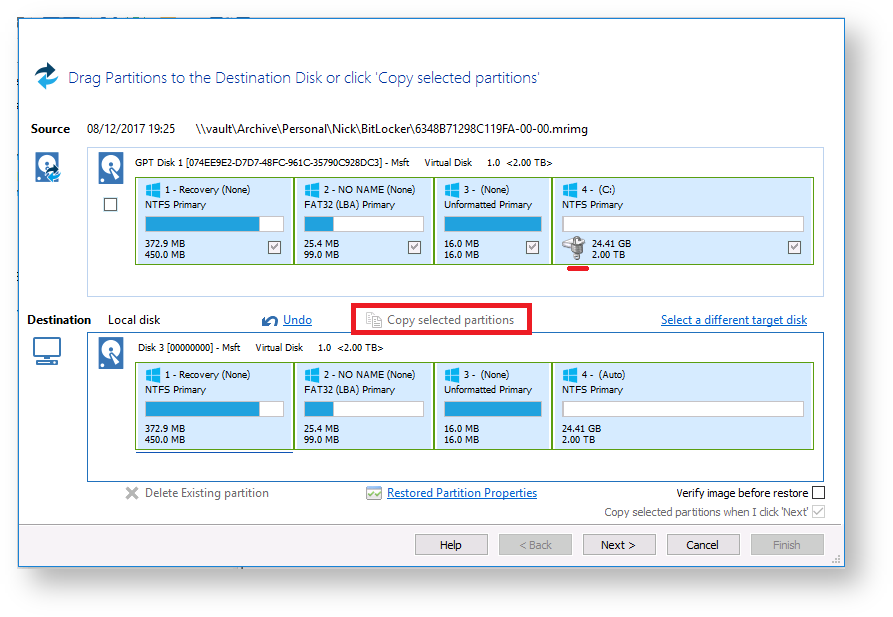 Note: Images created using Macrium Reflect v7.1.2722 or earlier will not show this warning message or the source BitLocker icon. In this case it isn't possible for Macrium Reflect to detect that the original volume was BitLocker encrypted. 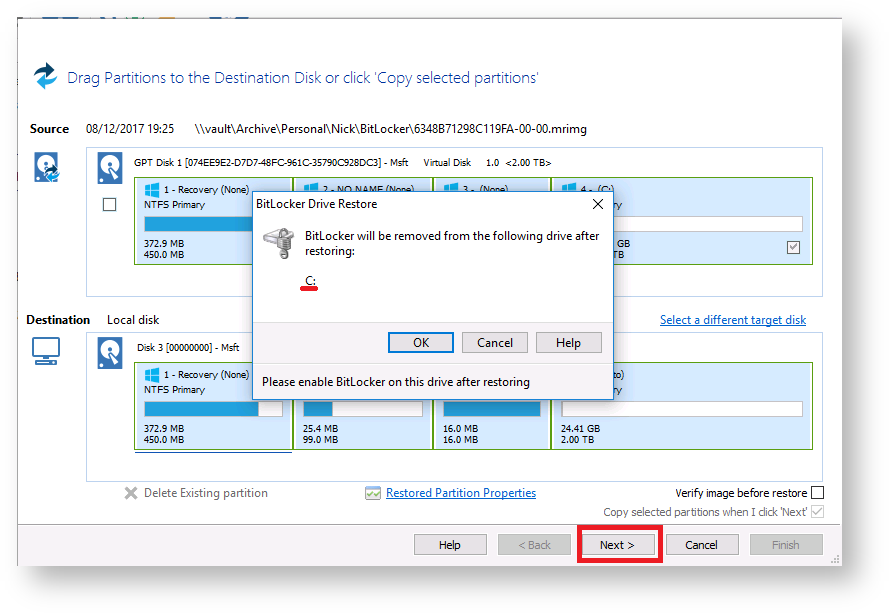 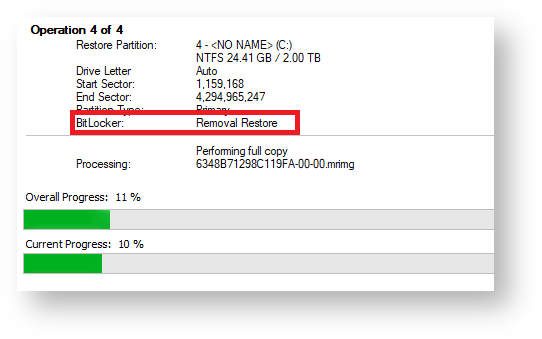 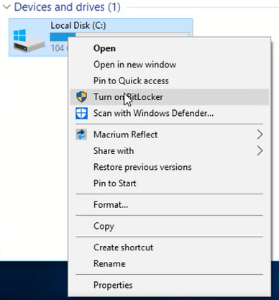 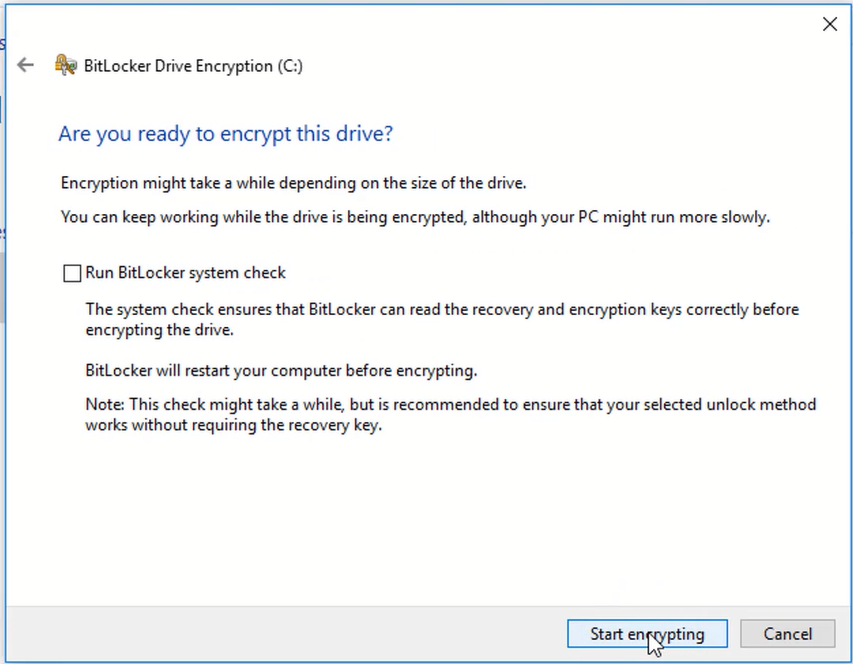 Note: After re-encrypting you will also need to re-create your rescue media to ensure that auto-unlock continues to function. Adding BitLocker support to Windows PE