Comment: Published by Scroll Versions from space KNOW and version 7

Macrium Reflect v7 uses the Windows Task Scheduler v2.0 API to handle scheduled backups. When upgrading from Macrium Reflect v6.x existing tasks are converted to Task Scheduler 2.0 from Task Scheduler 1.0.  Unfortunately in the initial release of v7 there was a problem with this upgrade process that left tasks with an incorrect backup run time. The tasks were saved with a UTC time rather than local time.

On first run you will be presented with the following dialog showing the number of scheduled tasks to review: 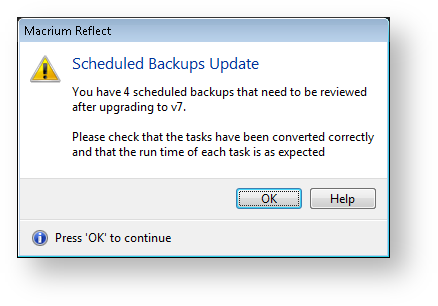 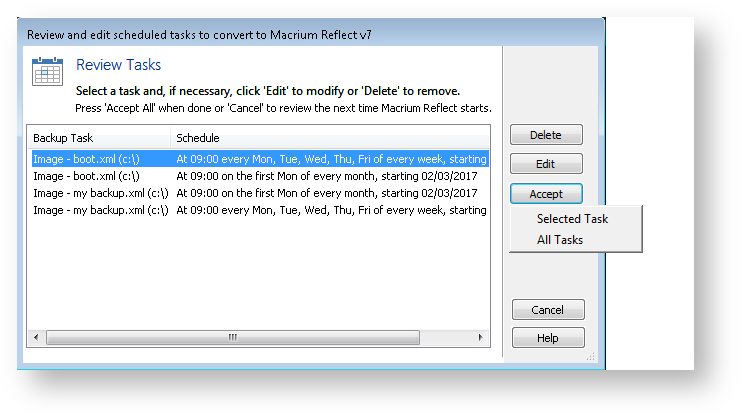 Review each task and check that the time and schedule is as expected. If not then press 'Edit'  to change the task or 'Delete' to remove the task.