The Site Manager server can be installed and run with no license key or restriction on running. However, when adding computers to the Site Manager to be managed, each computer requires a license to be successfully managed.

There are two models for licensing - a license is deployed to the client computer as part of a standalone Macrium Reflect install or licenses can be added to the Site Manager server and dynamically allocated to client computers as needed. Licenses allocated in this way are called Macrium Agent Licenses

If a computer to be managed already has an installation of Macrium Reflect with a valid Macrium Reflect license, this computer can be managed by Site Manager with no further licensing required. The Site Manager will automatically detect that the client computer has a valid Reflect license when it connects for the first time after the agent has been installed - no configuration is necessary.

Macrium Reflect 7 Home, Workstation, Server and Server Plus licenses qualify as valid licenses for Site Manager. Licenses earlier than version 7, Free Edition or any trial license are not valid.

Computers using standalone keys may be reviewed on the Licenses → Standalone section. This shows all computers with standalone keys and whether they are valid for use within Site Manager: 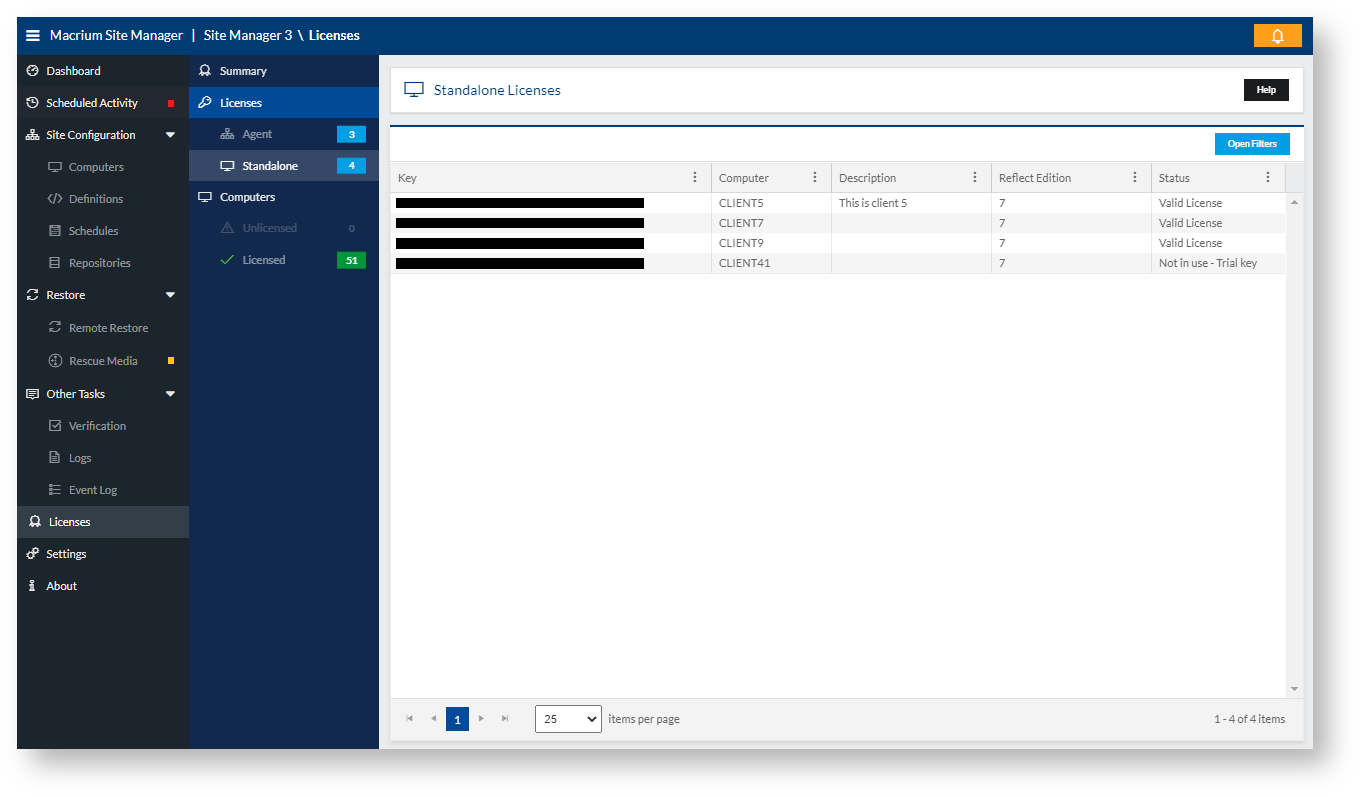 Macrium Agent Licences (MALs) are installed on the Site Manager Server and each license provides a number of seats. These seats are automatically assigned to computers as they are connected to the Site Manager server. If a computer is removed from the Site Manager server, the seat is freed for use elsewhere. This makes using MALs quick and easy to use as they require no special client configuration. Multiple seats can be managed with a single key, making key and license management easier.

The drawback of these licenses are that they are dependent on communication with a Site Manager server - if the client computer cannot contact the Site Manager server, the agent cannot be used to perform backups as a standalone edition of Reflect could.

Metered licensing is available to MSPs and other Macrium partners. This provides unlimited use of Site Manager and provides regular billing on actual use counts. Site Manager reports usage counts to the Macrium license servers, which use the information to produce billing based on high watermark usage.

Metered keys are managed as a special Agent license key with a type of Metered. Only one metered key per Site Manager is permitted and when in use, additional statistics about metered license usage is displayed on the Status page.

The Licenses section of the Site Manager interface provides an overview of Macrium Agent License seats available and used in the Summary section. 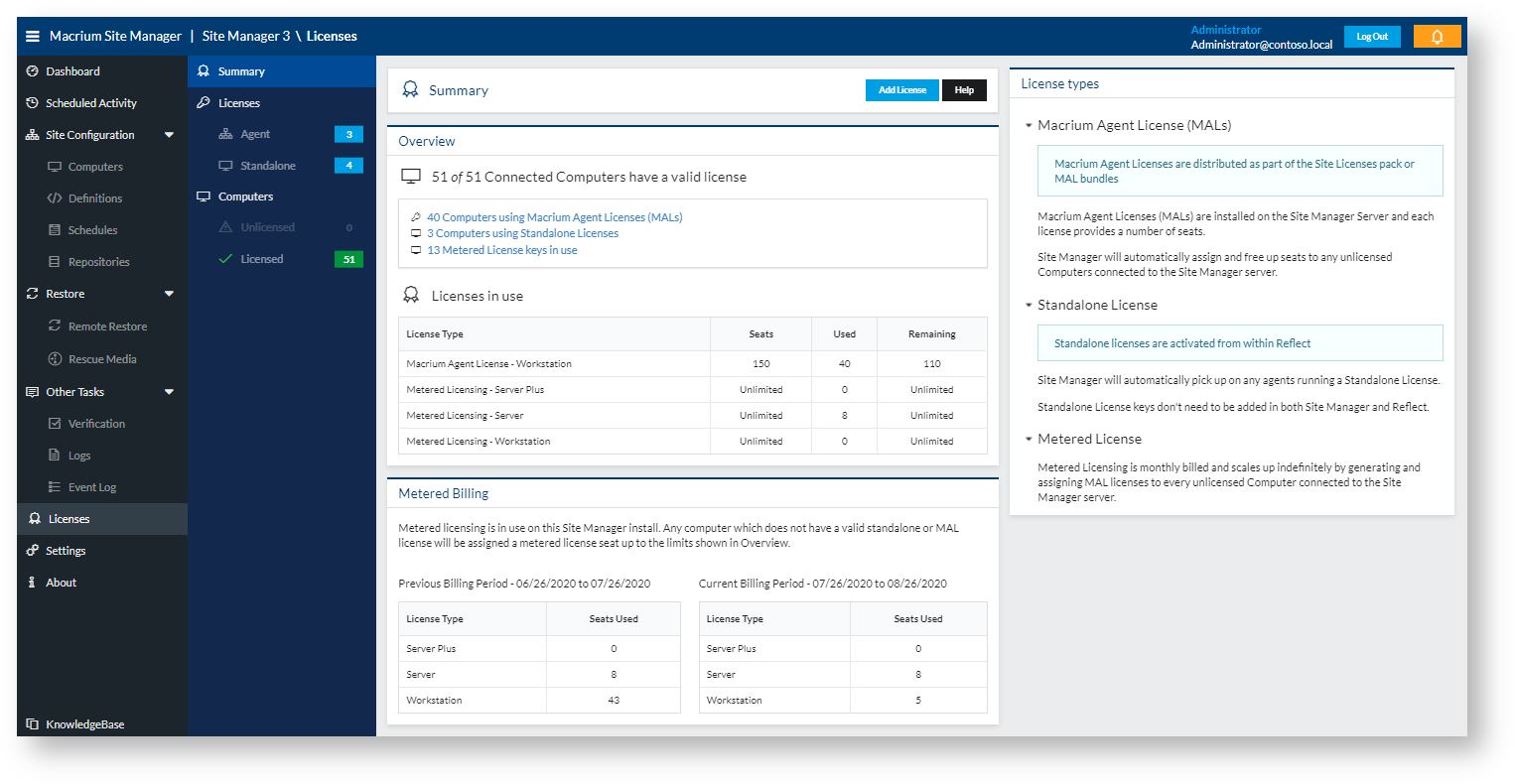 This page also displays warnings if any agents are unlicensed or there is a shortfall in the appropriate license type. This may occur when there are insufficient workstation licenses for all workstation computers but excess server licenses. In this case, Site Manager will assign a server license to a workstation.

The individual Macrium Agent License keys can by added, removed and viewed on the Licenses → Agent tab:

The fields shown are.

Pressing the Add License button will allow you to add a license. Please note if you enter an older version 6 key, you will be prompted to upgrade the key to version 7. If the version 6 key is eligible for a free upgrade, that will be performed otherwise Site Manager will ask for an upgrade key.

This is intended to ease the transition to using Macrium Agent Licenses for customers who have a number of existing Reflect licenses. If you want to use the Reflect license as a standalone license on a specific computer connected to Site Manager, you do not need to enter the license here