The following similar error may appear in a failed backup log if the backup definition is invalid for the current state of your system:

The Backup Definition view will also show a similar error: 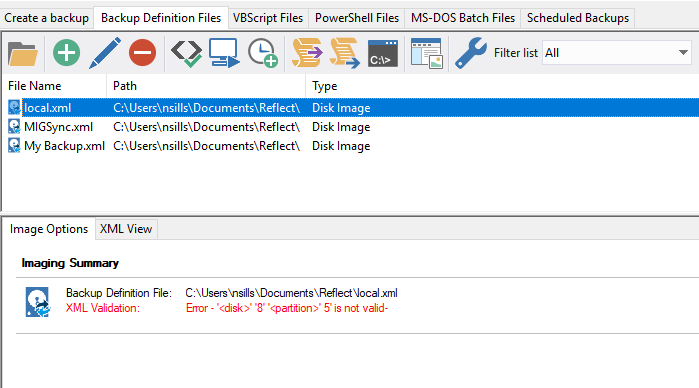 This error indicates that the partitions intended to be included in an image backup cannot be found on your PC. Backup definitions are used to backup disk partitions based on Disk ID and Partition number on local disks. If a disk is re-initialised, removed or has had the partition layout changed since the backup definition was created, then it may not be possible to determine which partitions were intended to be included in the image file.

To resolve the problem