v7.0.2117 includes a number of new features and enhancements. This article details the main features and explains how they are implemented in Macrium Reflect.

Disk image creation involves moving large amounts of data as quickly as possible from the source partition to the destination image file. To ensure that images are created on local drives as fast as possible it's essential to use the best method when writing image file data. There are two distinct ways of writing this data:

Direct Disk I/O - This bypasses the file system cache and writes directly to the disk. For normal write operations in Windows this will be a slower operation as the file system cache does a great job of asynchronously flushing its cache as well using the cache to satisfy reading of the same data.  However, for image files, where the data is sequentially written and there are no reads on the file system, using Direct  Disk I/O can offer significant performance gains.  Note; This may not be the case for all disk and file systems, especially if the target file system is fragmented or nearly full.

File System Cache - This is the standard method of writing a file to a Windows File System. It uses the file system cache to buffer Image File data and will flush the cache to disk when either the cache is full or the Image file seeks to a different part of the disk to continue writing. This is usually faster for disks that have other processes reading or writing to the same disk or if the file system is fragmented.

Other factors that may affect the speed of a disk write method include software RAID (dynamic) disks and hardware/firmware RAID setups.

Macrium Reflect will automatically determine the best method for writing to a target drive the first time the drive is used as a backup destination..

The test will simulate creating two 1GB image files to the target drive.  This will generally take only a few seconds to complete and will only happen once. The fastest write method is then saved for the drive and used for saving image files.

The results of the write performance check also can be edited and re-tested using the Disk Write Performance dialog. 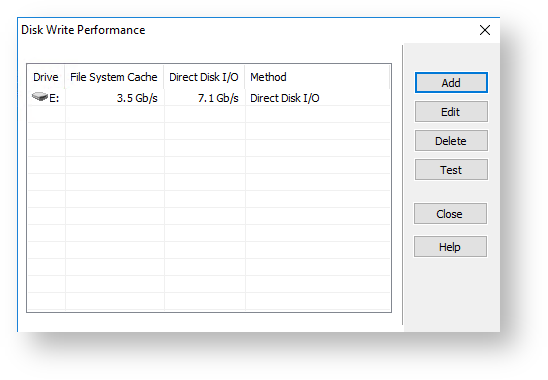 This dialog is accessed by clicking the 'Conditions...' button when adding or editing scheduled tasks. 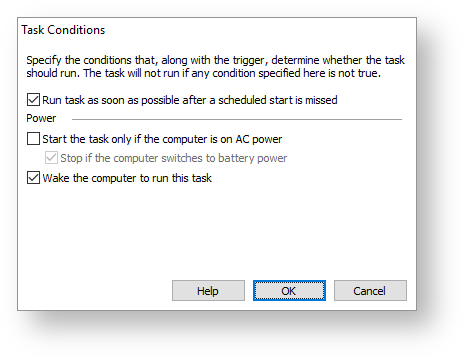 The default conditions are to Run task as soon as possible after a scheduled task is missed and Wake the computer to run this task.

The default account for scheduled tasks is SYSTEM, but this can now be changed to any user as long as they are a member of the Administrators group. as implemented in v6. If you change the Scheduled Task user in defaults, existing task will be updated to use the new user account.

Take 'Other Tasks' > Edit Defaults' > 'Schedule' to change the account. 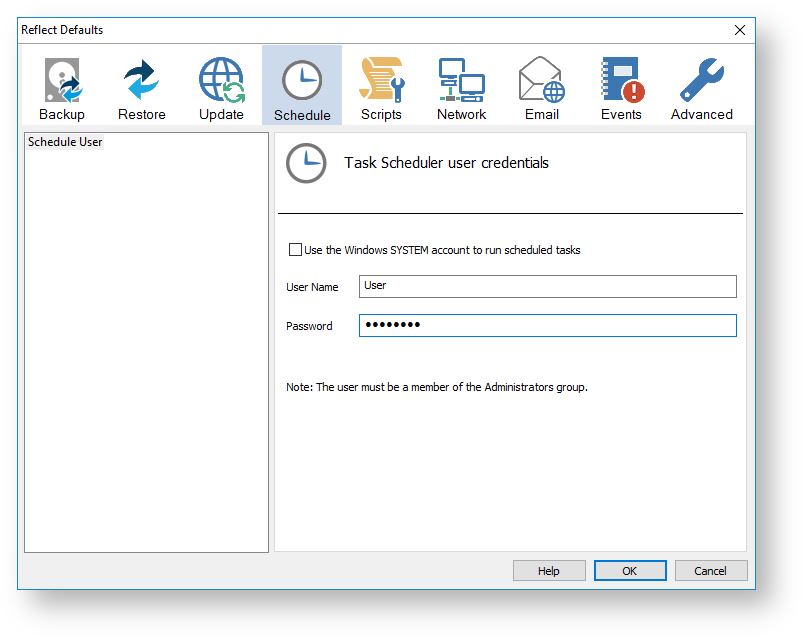 An issue is resolved with Microsoft Volume Shadow copy Service (VSS) hanging.   This was experienced by a few customers using previous versions of Macrium Reflect v7.